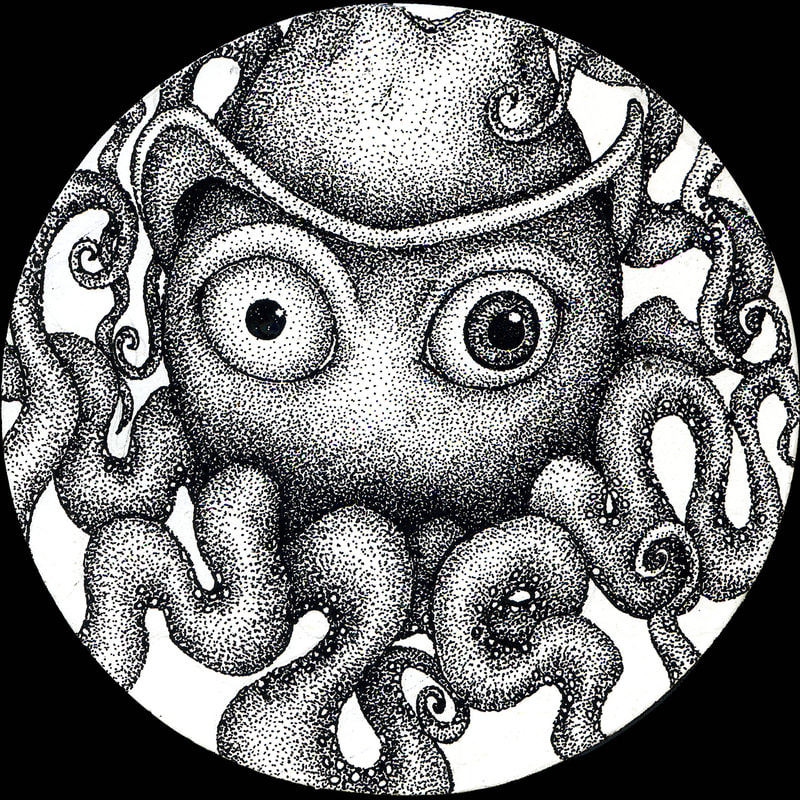 This is One of my earliest representations of Conspiracy.
"The Cowboy Octopus" 2008
Inspirations: Danny Casalaro's investigation into Promis software and other criminal activity by a loosely nit cabal of government agents, former spooks, mafia and other agents of the deep state that he called The Octopus.
Carl Oglesby's The Yankee and Cowboy War which views the assassination of J.F.K. and the downfall of Nixon as linked conspiracies testifying to the struggle between Northeastern and Southeastern power elites. (Battles between different tentacles really).
And...when I draw eyes two different sizes like this it is usually either representative of a touch of madness, Mad Scientists or both.